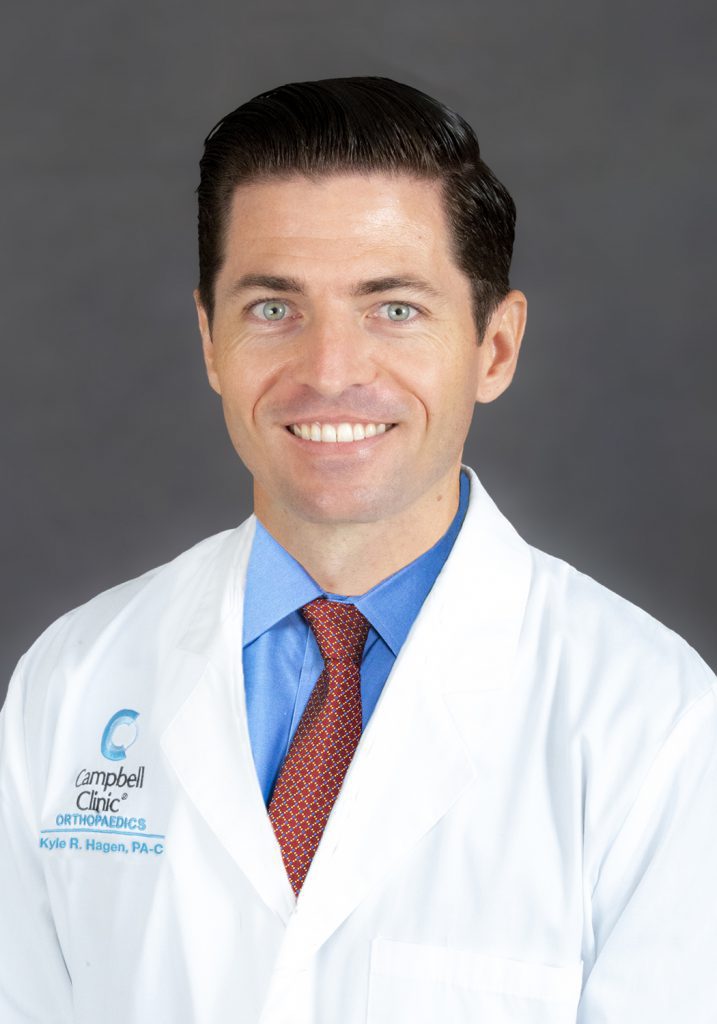 Back to all Physicians

Kyle was raised in Northern California in the San Francisco Bay Area. He earned his bachelor’s degree from Arizona State University in biology with an emphasis in cellular, developmental biology and genetics. He continued his education at Midwestern University in Glendale, Arizona where he received his Master of Medical Science in physician assistant studies. After separating from the U.S. Navy in September 2020, Kyle moved to Memphis to join Campbell Clinic. He works primarily in shoulder and elbow surgery. In his spare time he enjoys spending time with his wife and three sons, rooting on bay area sports teams and running.